The custody laws in Arizona now recognize the equal rights of fathers during a separation and divorce.  Mothers no longer receive favorable treatment over Fathers in custody cases, whether married or not.  As of January 1, 2013, both Mother and Father are now viewed as equals in the eyes of the law and either may qualify for primary custody of a child. The previous laws were viewed as harmful to a father’s legal rights to a child as there was a presumption of custody towards the mother.

Establishing rights as a father for unmarried fathers 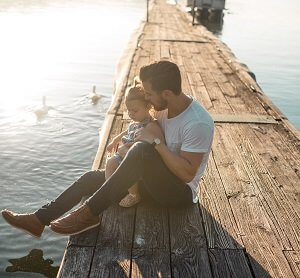 Unmarried fathers are not automatically presumed to have rights in Arizona. If you are an unmarried father, you will first need to establish your paternity of your child to assert your rights. Under A.R.S. § 25-814, a man’s paternity of a child will be presumed in one of the three following ways:

Once you have established paternity, you will then be able to assert your rights as a father.

When a paternity action is initiated, the court will issue an order to the father and the mother for the putative father and the child to submit to DNA testing. If the test returns results showing that the likelihood of paternity is 95% or higher, the man will be presumed to be the child’s father. Under A.R.S. § 25-813, a default order of paternity will be entered if either the father or the child do not show up for DNA testing after a genetic test has been ordered by the court.

Presumption of paternity for married fathers

A man who is married to a woman who gives birth is presumed to be the child’s father. This includes men who were married to the mothers within 10 months of when the children were born and whose marriages were ended within that time by divorce, annulment, death, a declaration of invalidity of the marriage, or death. This is a rebuttable presumption that can be overcome by clear and convincing evidence. If another man establishes his paternity over the child, and a court decree is issued, the presumption that the previously married father is the father will be rebutted. 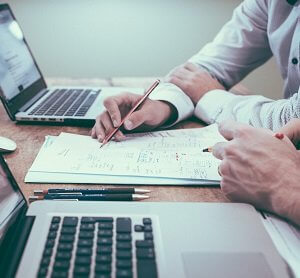 Establishing paternity is important for several reasons. The courts will not issue parenting time, legal decision-making, and child support orders unless the child’s paternity is established. This means that an unmarried man who wants to enjoy his rights as a father will first need to establish his paternity of the child. If you are an unmarried father, establishing your paternity will allow you to develop a relationship with your child and to seek parenting time and legal decision-making rights in court. Without these types of orders, you will not have any legal rights as a father. Establishing paternity is also important for ensuring that your child receives the emotional and financial support that he or she deserves and has the opportunity to form a close and loving relationship with you.

If you do not establish paternity and are spending time with your child, there is nothing to prevent the mother from calling the police to collect your child and return him or her to the mother. This scenario could also result in a criminal charge of custodial interference. It is in your interests and those of your child to establish your paternity to protect your rights.

Child custody and the best interests of the child standard

In Arizona, there is a rebuttable presumption that joint legal decision-making or custody is in the best interests of children. A.R.S. § 25-403 lists the factors that courts consider when determining what is in a child’s best interests, including the following:

If your case is contested, you and your attorney will be able to present evidence about each of these factors at the child custody hearing or trial. When the court issues its decision, the judge is required to cite his or her findings on these factors on the record and his or her reasons for making the decision.

In Arizona, both parents of a child have the right to seek custody rights. This means as a father, you have equal rights to ask a court to give you custody and/or visitation rights with your child. The court is not allowed to consider gender as a factor in favor of either parent when making a child custody determination. This means that courts are not supposed to give women preference in custody cases simply because they are the children’s mothers. Instead, judges are supposed to consider the factors contained in the best interests of the child standard.

A father’s rights in Arizona and seeking child support

A father’s rights regarding family planning

If you are the father of a child and learn that the mother is planning to place your child for adoption, you have the right to object to the adoption and to seek custody of your child. Mothers are not allowed to unilaterally decide to place children for adoption without getting the consent of the fathers except in cases in which the fathers’ rights have been terminated. Fathers do not have the right to force women to terminate their pregnancies. Similarly, they do not have the right to prevent expectant mothers from getting abortions. Even if you oppose someone’s pregnancy, you may still be ordered to pay child support after your child is born.

Arizona does not have a parental leave law. However, if you are an eligible employee of an employer that is covered by the federal Family and Medical Leave Act, you can take up to 12 weeks off from work in a 12-month period to bond with a new baby, a child you have adopted, or a child who has been placed with you for foster care. The FMLA also allows you to take time off from work to care for your child’s serious medical condition. Not all employers are covered by this law, however. To take FMLA leave, you must have worked at least 1,250 hours for your employer in the past 12 months. The law applies to employers that have 50 or more employees working within a 75-mile radius of each other. If you are an eligible employee of a covered employer, this federal law gives you the right to take paternity leave just like mothers are allowed to take maternity leave. The leave under the FMLA is unpaid, but you may be able to use accrued vacation and sick pay during your absence.

Relocations of your child and your rights

If you have a court-approved, written agreement or the court has issued an order granting you and your child’s mother joint legal decision-making and parenting time, your child’s mother is not allowed to simply move with your child far away or out of state. Under A.R.S. § 25-408, a parent who wants to relocate with a child when a court has ordered shared custody and visitation must first send a written notice to the other parent at least 45 days in advance of the planned move. If you receive this type of notice, you have a right to file an objection in court within 30 days of when you receive the notice. The court will schedule a hearing at which you can present evidence. The court will then issue a decision about whether to allow the relocation or to deny it.

Fathers play a very important role in their children’s healthy development. While state laws have been changed to be more supportive of shared parenting, some courts still have work to catch up. Getting the help of the experienced attorneys at the Cantor Law Group might help you to build a strong case so that you can protect your rights as a father. Contact us today to schedule a free consultation by calling 602.254.8880.

About Us
Child Custody
Child Support